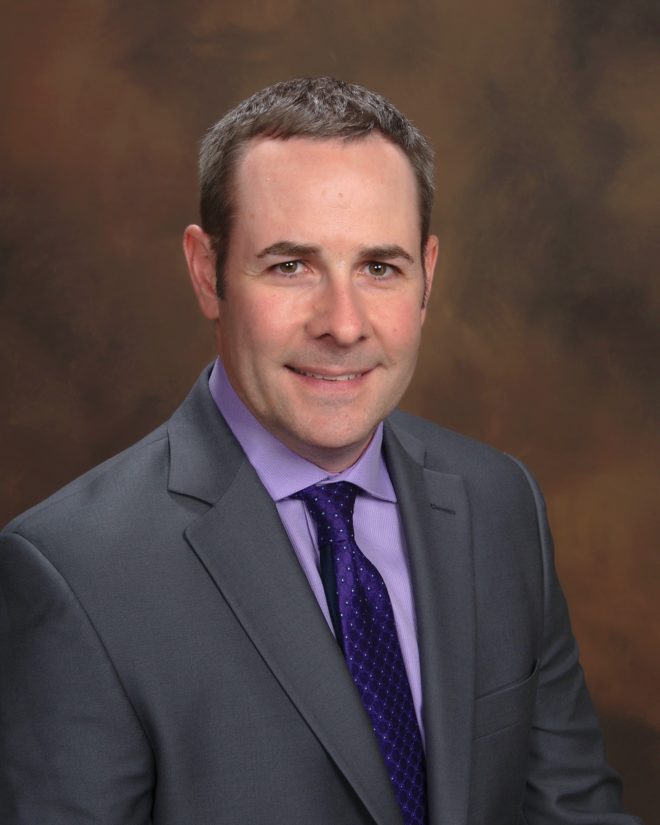 Jason Kenny is a mortgage consultant with Bailey and Wood Mortgage Lender. Originally from New York City, he’s been in central Indiana for about 14 years. He and his wife Jennifer have two daughters – Kara and Kiley. He likes to keep fit, his hobbies include golf, fishing, crossfit and running. He also enjoys making investments.

The fight against breast cancer has been part of Jason’s life for a long time. He lost his mother to metastatic breast and lung cancer when he was very young. He’s a Pink Tie Guy because, quote, “I want to do my part to help people in need suffering from this insidious disease.”

Some Fun Facts About Jason

His Passion: “Going 110% at whatever you do in life with work, play, and especially family.  Get up every morning and hit it hard, leave nothing in the tank.”

Some Surprising Facts About Jason: “I worked for HBO for the TV show Sopranos, Sex and the City, etc.  I finished in the top 15% of my first (and only) full Iron Man triathlon.  I time qualified for the Boston Marathon.  I have completed approximately 20 marathons, all in the top 10% of the field  I was a ranked distance runner at one point in the state of Pennsylvania.”

On His Bucket List: “Travel to all 50 states, climb Mount Everest, own a 50+ unit apartment.”

What He Can’t Live Without: “Wife and kids, the Yankees, New Jersey pizza & bagels and coffee.”

His Message: “I want to honor my mother.”