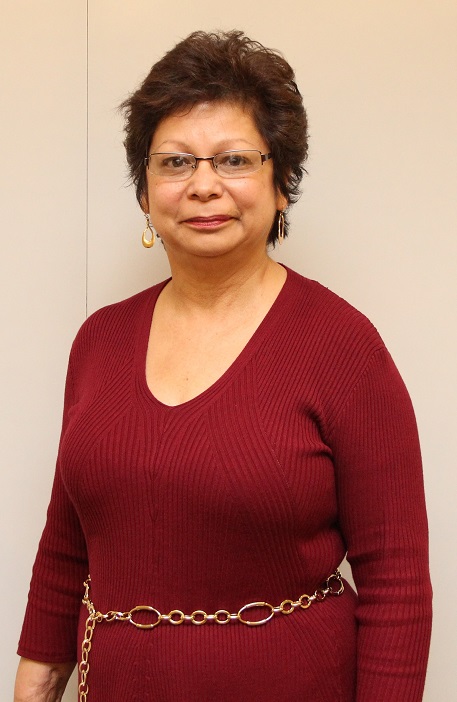 A motorcycle accident 29 years ago left Cynthia comatose and unresponsive for three months forcing her to learn how to walk, talk, read, and write all over again. After months of rehab, she could finally live her life again. She thought she was done with serious health issues, until she was diagnosed with breast cancer.

Three days after her yearly mammogram, Cynthia got a call back requesting additional views. This had happened before so; she didn’t give it a second thought. On May 6, 2015, she went in for a diagnostic mammogram and an ultrasound. The ultrasound technician pointed out a lump under her right breast. Cynthia now realized this was not a routine follow up visit. After questioning herself about how she did not notice the lump, her fears grew, and the radiologist confirmed them with three words. You have cancer.

After thinking about her children and her future, she came to terms with her diagnosis in the following days and decided she was going to fight! Cynthia was determined to come out of this a winner.

Her lumpectomy was scheduled for July 5, 2015, and then six weeks of radiation treatments would begin in August. After her surgery, she was told to meet with a medical oncology/hematology doctor to discuss chemotherapy due to her aggressive form of cancer. Cynthia was not happy; chemotherapy was not in the plan. After meeting with the doctor, it was decided that she would have four rounds of chemotherapy treatment starting in August, followed by radiation in November.

After completing six weeks of radiation it was Cynthia’s turn to ring the bell which meant she was done with her cancer treatment! Ringing the bell was a very emotional moment for her, it meant the end of a chapter, and the start of a new one. Relying on her faith, the help of her loved ones and the wonderful medical staff, Cynthia was ready to put her nine-month breast cancer journey behind her.

Cynthia has worked at a long-time Komen Central Indiana grant recipient organization, Little Red Door Cancer Agency, as a Client Navigator for the past eight years. In her role, Cynthia provides support and navigation services to Hoosiers facing a cancer diagnosis. Working at the Little Red Door helped Cynthia be more prepared in her own diagnosis, and now she uses her story to better relate to clients and spread positivity.

Cynthia enjoys spending time with her husband of 31 years, Troy and their two children, Brittany and Zachary. She also has two spoiled dogs Caligula and Isabella, who are a big part of her family. Cynthia enjoys trying new foods, listening to music, and reading the Good Word every day.

Cynthia’s takeaway message for others: “NEVER GIVE UP!!! Be grateful for each day that you wake up, feel great each morning, have that wonderful cup of coffee with your spouse/partner. Enjoy every precious moment with those crazy kids and pets. Keep your head high and embrace life with each breath you take.”