In June, we hosted a Breast Health Collaborative meeting featuring speaker Ginny Mason from the Inflammatory Breast Cancer Research Foundation. She educated Komen Central Indiana staff, interns and grantees about IBC and the specific challenges related to this form of breast cancer.

Our mission interns Cassie and Katie reflect on what they took away from Ginny’s presentation: 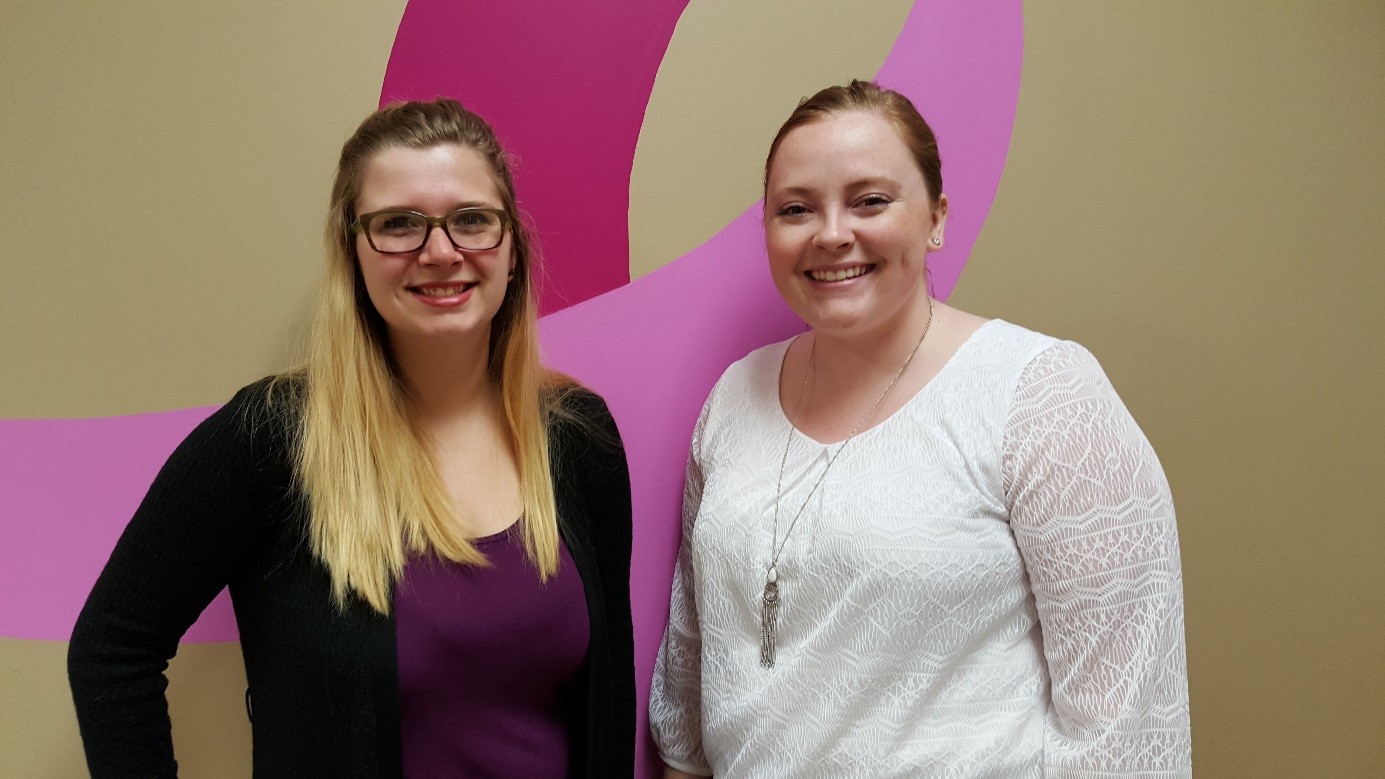 We had the privilege of listening to such an amazing advocate talk about a lifelong passion. Ginny Mason, a 22-year survivor of Inflammatory Breast Cancer, started a research foundation inspired by her journey with cancer that began in 1999.

After receiving an ominous prognosis at the time of her diagnosis, Ginny began reaching out to other people who had encountered IBC. The Internet, a strange and daunting concept for Ginny at the time, nevertheless connected her to a Canadian IBC support group, as well as a man from Alaska whose wife died from IBC. Though skeptical about meeting this stranger, Ginny and her husband were determined to develop awareness about this awful disease, and flew all the way to Alaska to begin that important discussion.

With all of this inspiration, Ginny had the drive to develop a research foundation that has funded almost $300,000 in research, in addition to collecting data and information related to IBC and connecting IBC patients from all over the world with resources. Due to the vast scope of the mission, the organizers chose to not have a single geographic location for their office. Instead, the foundation has a strong online presence and Ginny works from her home office to manage relationships stretching around the world. The foundation isn’t attached to any institution or physician.

3 things we learned as young women about Inflammatory Breast Cancer: