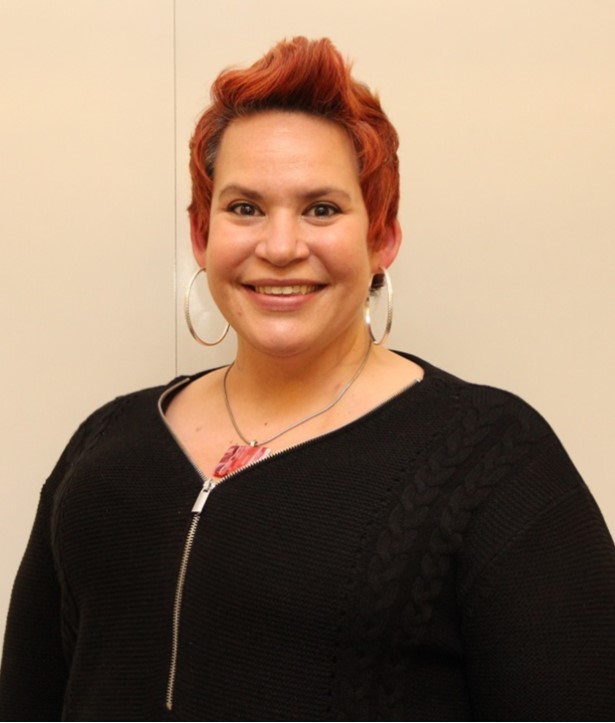 Two weeks before Christmas, Beth noticed a rash on her chest. Within two days her breast started to swell and the rash quickly spread. She had just moved to Indianapolis in October and didn’t have a general doctor yet, so she headed to urgent care.

At the visit, she was diagnosed with an infection and was given an antibiotic. The nurse could tell that Beth was visibly uneasy about this diagnosis and asked follow-up questions. Beth explained that her mother was living with systemic lupus and she was worried she had more than just an infection. Having no children, it didn’t make sense that she would have infected ducts. The nurse recommended her OBGYN and suggested that Beth call for an appointment.

When Beth had her follow-up appointment two days later, her breast was visibly larger, the rash was still growing, and her skin was starting to dimple. The OBGYN scheduled Beth for her first mammogram and an ultrasound. The results were inconclusive, so the doctor scheduled a biopsy and additional tests after the Christmas holiday.

On New Year’s Eve, Beth received a call from her doctor saying she needed to come in and meet with an oncologist immediately. The oncologist diagnosed her with stage 3 inflammatory breast cancer. Beth started her New Year with two weeks of scans, x-rays, EKGs, blood tests, and doctor’s appointments followed by chemotherapy.

Beth had six rounds of chemotherapy (one treatment every three weeks), and then had a bi-lateral mastectomy as well as a partial hysterectomy, followed by 31 radiation treatments and 11 additional Herceptin treatments. She is currently cancer free and just completed her reconstructive surgery March 7.

She worked through her entire treatment, except the two weeks she took off for her mastectomy. Beth is grateful for her supportive employer and the network of friends and family who have jumped on planes to be by her side. Having only been in Indianapolis for a couple months before her diagnosis, Beth only had one true friend here during one of the scariest times of her life. Now, after her treatments, she has a network of fellow patients and survivors she counts as friends.

Beth says she wanted to share her breast cancer journey with the community that helped her get through this tough time. Being new to the Indianapolis area and having strangers support her throughout treatment when friends or family couldn’t be there for her was incredibly humbling. Sharing her story and providing support to other women is Beth’s way of giving back to the community that embraced her.

Before moving to Indiana, Beth enjoyed skiing. She loves to read, travel, cook, and go to wine tastings. Beth loves spending time with her family and spoiling her young niece and nephew when she has the opportunity.

During her initial diagnosis, doctors recommended that Beth use Susan G. Komen’s website as an informational tool, which she did throughout her journey. She is registered for the 2017 Indianapolis Race for the Cure and recently spoke about her cancer journey at the Komen Central Indiana 2017 Pink Ribbon Celebration, an annual survivor luncheon.

Beth’s takeaway message to others: “Cancer doesn’t define who you are. Your attitude before, during, and after treatment defines who you are. Strength comes from within and even on the worst days, we are stronger than this disease. For every person that joins the fight against breast cancer, there is an opportunity for another life to be saved through education, early diagnosis, and treatment options and hopefully, a greater opportunity to find a cure.”